PROGRAMMING LANGUAGES THAT WILL DOMINATE IN 2022

The IT field is developing rapidly, new specialties are emerging, tasks and requirements for IT specialists are changing. To be a sought-after programmer, you need to be aware of IT trends, develop, and be an “eternal student.”

A good way to grow is to learn different programming languages. “How many languages ​​you know, how many times you are a person” – the catchphrase can be attributed to IT as well. Learning a new language is an investment. To new knowledge, new opportunities for earning and career growth.

The language you are used to may become morally obsolete tomorrow, and you will be left without a piece of bread. But it is easier for IT polyglots to compete with other professionals.

In this article, we talk about the most popular programming languages ​​to learn in 2022, reveal their features, advantages and disadvantages, areas of application, and perspectives that their study provides.

What is the most promising programming language?
Rather, it is necessary to speak not about the “perspective”, but about the “demand” of the language. And for this, let’s turn to statistics. According to the data of the respected TIOBE rating, the TOP 10 programming languages ​​in 2021 included Python, Java, C++, C#, JavaScript and PHP.

But according to the Stack Overflow rating, for the 9th year in a row, JavaScript has taken the first place, which in previous ratings of programming languages ​​occupies lower positions.

The DOU ranking shows that JavaScript is the leader among the languages ​​in which the surveyed programmers write.

So, the leaders traditionally include Python, JavaScript, Java, C++, C#. In practice, most likely, you will have to combine or even replace one language with another.

The Python programming language appeared back in 1991 and has since become widely used. Its author set out to create a language with a low entry barrier for beginners and open source so that everyone can contribute to the development and maintenance of the code.

easy to learn, easy to understand, the code reads almost like plain text.
ideal for rapid application development,
finding the required function is easy thanks to the huge library,
portability: it is enough to write the program once and run it anywhere.
Disadvantages:

not very productive and fast language (Python is “slow”, like its namesake from the snake family).
Python is sometimes called “the king of programming languages.” Developers increasingly use it to supplement or replace projects. So, in 2022, it is worth studying this popular language, but we do not recommend stopping only at it. 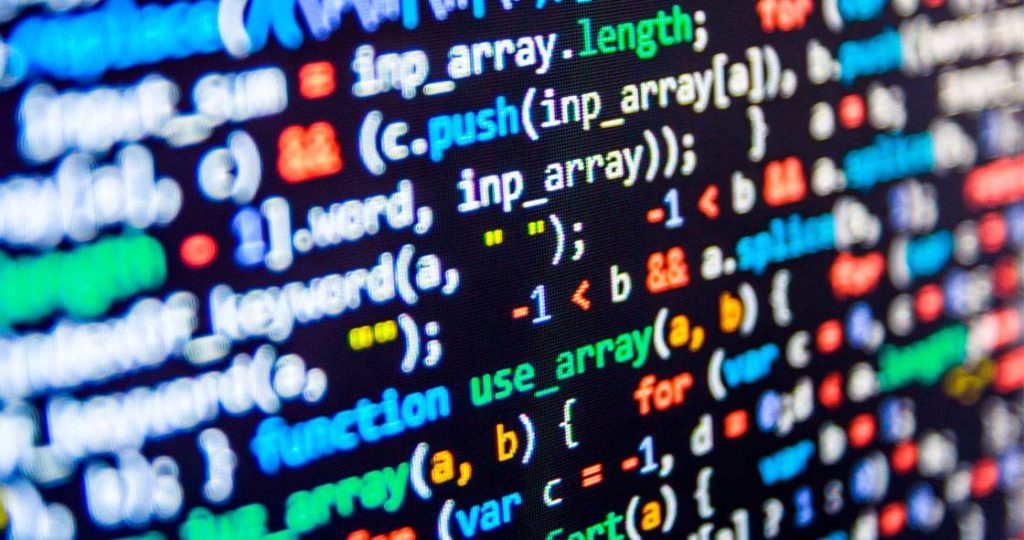 One of the most widespread languages, which became popular in 1995. Developers initially used it for TVs and set-top boxes. Over time, the language turned into a universal one for various solutions.

According to some estimates, the Java programming language is used in 3 billion devices. This is the language chosen by Google for creating applications.

the language is powerful, but convenient and easy for beginners,
sufficient amount of literature,
has huge libraries and frameworks,
is cross-platform, that is, it can work with different OS and hardware systems,
a large number of developed practices, concepts and approaches,
IT companies need different Java programmers: not only experienced developers, but also beginners,
there are many built-in features to improve security,
all Android devices use Java.
Disadvantages:

has long and complex structures, poorly readable and scannable,
it cannot be called “beautiful” because of the complex code,
too “wordy”.
There is an opinion that Java will soon “die out” like the dinosaurs. But this idea has been around for more than 20 years. The number of vacancies, courses, etc. suggests the opposite, and this language always falls into the TOP-10 programming languages. So, learning Java is a must if you haven’t already.

A lightweight, interpreted, multi-paradigm language for scripting web pages and non-browser environments. One of the oldest: it was created in 1995.

Every web application or site is based on three whales: HTML, CSS and JS. The latter acts as the “brain” of the development and is responsible for logic, interaction with the user and interactivity (makes the web page “live”).

industry standard of frontend/UI development,
can also be used for backend programming
Benefits:

probably the easiest language to learn even for complete beginners,
ambulance,
the amount of code is smaller than other languages,
supported by all browsers,
you can execute the code directly in the browser, reducing the load on the server,
any applications can be written in JavaScript,
many libraries and frameworks,
on Stack Overflow it is easy to find answers and tips for solving various problems,
compatible with other languages.
Disadvantages:

has problems with the security of customer data, which can be used by attackers,
there are flaws, due to which developers receive many complaints,
is often updated, so you need to adapt to changes,
not suitable for network applications as it does not support remote access.
Over the last 10 years, the number of web products written on the basis of JS has increased greatly. Due to its versatility and ease of writing, this programming language will remain among the most popular for a long time.

The demand for programmers with knowledge of JavaScript is about 4 times greater than for Java programmers. In 2021, about 60% of engineers worked with JS (DOU data). It is she who is chosen by specialists without experience. Prospects — growth to Senior, Team Lead or even Architect.

It is mostly used for Android, but may work on other systems. The language is young, it was created in 2011. Kotlin combines object-oriented and functional paradigms. Compatible with Java, so programmers can easily convert projects to Kotlin. It makes life easier: you don’t need to rewrite the code, just put Kotlin in there.

applications for Android (previously, most applications were written in Java, but now there is a mass transition to Kotlin).
Benefits:

easy to read and maintain
very expressive, concise language,
integrates into the existing base,
smart and safe compiler.
Disadvantages:

few literary sources,
smaller than Java’s developer community
We recommend learning both Kotlin and Java. This will give you broad prospects for development and realization as an IT specialist.

This language is most often used for data analysis and currently popular machine learning. Appeared in 1993 as an improved version of the S language, it has similar syntax and features.

machine learning and data analysis,
finance and telecommunications,
used by many tech giants such as Google and Facebook.
Benefits:

a reliable built-in library that allows you to develop a machine learning algorithm,
open source,
cross-platform,
simplified and high-quality construction of graphs,
data flow is maintained at an exemplary level,
constantly improving.
Disadvantages:

weak level of basic security,
difficult to study
quite slow.
So, if your goal is to work with complex mathematical tasks and statistical analysis, you should pay attention to R. There is a shortage of programmers who know this language, so learning it in 2022 could be a good career choice.

Developed by Microsoft, the C# language is both object-oriented and multi-purpose. It runs on Common Language Infrastructure, so it can be used on different platforms. It is very similar to Java, so learning C# will be easy.

integrates with Windows and .NET,
complete and easy to learn and use,
high popularity
Disadvantages:

slightly slower than compiled languages,
less flexibility than other programming languages
since it’s .NET, you’ll only work with Microsoft products
Professionals who know C# are quite in demand in the market, so you can always count on good offers after learning this language.

This is a fairly new language (developed in 2014 by Apple). However, in a short period of time, it was able to enter the top popular programming languages ​​among developers, which rarely happens. We assume that this is the result of a competent marketing policy of Apple.

Swift has a wide range of uses, but mostly for creating iOS-based applications. It was based on a modern approach to security, performance and design patterns.

for iOS and macOS applications,
can work with Windows and Linux OS,
it is used by Flappy Bird, WordPress and Mozilla Firefox. Lyft (a well-known taxi aggregator) specifically rewrote its app on Swift to improve service.
Benefits:

combines the performance of other languages, interactivity and simplicity,
open source, anyone can contribute and use the codebase for free,
easy to write and read
simple grammar and syntax,
much attention is paid to safety,
integrates with Objective-C.
Disadvantages:

few literary sources,
still a small developer community.
So, only Swift is worth learning if you’re considering mobile development exclusively for Apple products. You should not choose Swift as the main language, because there are still more Android-based devices. Therefore, we recommend learning other languages ​​that work with Android.

Its popularity boomed in the early 2000s. It is a multi-purpose scripting and programming language. One of the oldest languages ​​that has not lost its relevance. It is widely used in many organizations and knowledge of it is often a requirement for employment.

open source,
low entry threshold and high popularity,
web pages on PHP in search engines have higher positions due to their good loading speed,
compatible with HTML,
easy to master,
many libraries, plugins and integrations.
Disadvantages:

weak error handling method,
is more often used for web development, although it can also be used when creating mobile applications.
If you choose PHP, remember that you will be mocked a bit: the language is said to be dying in convulsions. However, this has been happening for many years, and it will not “die” in any way, so for now you can safely study it. In addition to others.

as complex as the first and last name of its author (Bjørn Straustrup),
poor modularity support,
primitive processor that leads to a lot of errors.
Should I study C++ in 2022? Definitely, yes! When you know this language, you have a better, deeper understanding of how the PC as a whole works, how the code works. Hard to study, easy to fight: the deeper you learn the subject, the easier it will be to get the end result.