Learn about programming languages ​​and what is the list of the most popular today. In the growing world of software and web development, the demand for experienced programmers is always on the rise. Of course, as the technical field grows, so does the number of programming languages.

And while most programming languages ​​can be used for most (if not all) development tasks, each language offers special functionality that makes it more suitable for individual use cases.

Unfortunately, learning a programming language takes time, which means software engineers must choose which languages ​​to focus on. And it can be a very difficult decision.

But don’t worry! We’ve compiled this comprehensive list of programming languages ​​in demand in the tech industry, so you’ll know where to focus your training. We’ll also include a list of other coding languages ​​so you can get an idea of ​​what else is out there and what other options you have when it comes to doing more specialized tasks.

What is html? Let’s explain the basics.

Both are extremely useful when building web pages, and both can be great introductions to the world of coding. 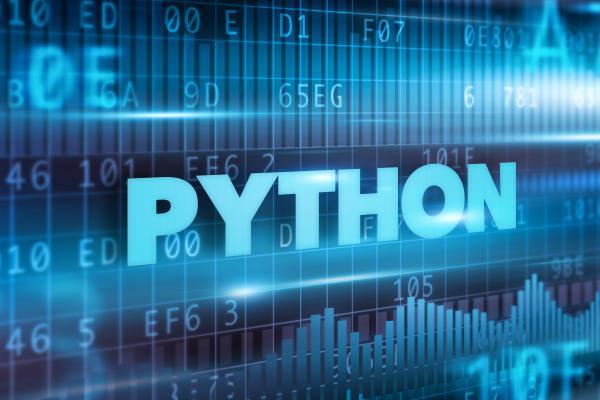 Python is one of the most widely used programming languages ​​in the world.

This is partly due to its versatility. Python is considered a multi-paradigm coding language, which means that it allows programmers to take different approaches to achieve their goals, including procedural, functional, and object-oriented programming.

One thing that really adds to Python’s popularity is its readability. Python emphasizes intuitive syntax, simplifying the overall coding process.

Additionally, Python has a strong support community, so if you ever need advice or a solution, a quick visit to Stack Overflow will usually provide the answer.

From server applications to Android mobile games, Java is a powerful code that every programmer should learn.

Java is a useful option for cross-platform coding.

Java is supported by a strong community and has a large set of tools.

If you want to focus on design and structure, but don’t want to spend a lot of time managing memory or system details, then Java might be the right language for you.

In terms of popularity, you really can’t get better than JavaScript.

Even ahead of HTML among professional developers, JavaScript is useful for both front-end and development.

In addition, JavaScript is also becoming the transition language for the Internet of Things (IoT). Along with HTML and CSS, JavaScript is considered the core technology that powers the World Wide Web.

In fact, JavaScript is often used as a client-side scripting language written on an HTML page. So, if web development is in your plans, JavaScript should be learned.

What is the https protocol for a website and how does it differ from http?

Want to program for Mac? Then Swift is absolutely essential.

Swift was designed by Apple specifically for use with macOS, iOS, watchOS and tvOS. And with Apple being such a big player in the mobile arena, Swift has also become an important part of the IoT stack.

Swift is supported by Apple’s almost limitless resources, so when working with this language, you will have access to extensive libraries and infrastructures.

Designed to function as a more powerful version of the original C language, C++ (that’s what computer programming languages ​​are called) takes C’s strengths and adds a lot more.

This multi-paradigm language supports procedural, generic, and object-oriented programming along with data abstraction.

C++ is extremely fast and has become a popular choice for software development, games and animation.

Designed to resemble Java in many ways, C# (pronounced C sharp ) is a language designed for developing applications on the Microsoft platform.

C# is part of the .Net Framework for Windows and is a general-purpose language that is flexible, powerful, and easy to learn.

Like C++, C# is often used in game and application development. Unlike C++, C# is targeted specifically at Windows, which makes it less useful as a universal programming language.

If statistics and data science are on your mind, then learning R should be there too.

The language is widely used by statisticians and data miners to create statistical and data analysis tools.

R has a number of special data-oriented features. These include clustering, classification, and nonlinear modeling.

R is typically used for things like statistical analysis and predictive modeling, and is specifically designed to be as intuitive as it is a powerful tool.

More commonly known as Go, Golang was created by developers at Google and is loosely based on the syntax of the original C language.

Go is highly specialized and can be a difficult starting language for novice programmers.

However, those with some programming experience who want to expand their skill set may find that Go is actually quite simple and straightforward.

This is because Go uses only 25 keywords. Projects involving distributed networks, cloud services, and other complex server technologies can benefit from the Go programming language.

What is a browser and what is its purpose?

In fact, there are literally hundreds of coding languages ​​in use around the world, and the list is constantly growing. We’re not saying you should dive deep into researching all of these languages, but it’s good to know they exist.

Perfect programmer – who is he

After all, programming languages ​​are just sets of specific rules that allow us to instruct computers to perform tasks.

But while a programmer can always focus their training on mastering one language, those who broaden their horizons by learning a range of languages ​​tend to be better prepared for a career in software (and related fields).

However, no programmer will ever be able to master every programming language that exists. Therefore, it is important to know your priorities. If you know which languages ​​work best in which circumstances, and you know what problems you will be solving, then choosing the right coding language (or languages) becomes much easier.

After all, the world of technology is growing. And for those who want to secure a place in it, increasing the repertoire of programming languages ​​can be a useful step.