The right choice guarantees that the specialist will be in demand and will easily find a job. Let’s consider the most popular programming languages ​​in 2019 and find out where they are used and in which industries they are used.

Canonical evaluation method
The entire Western world uses the TIOBE index to determine which of the programming languages ​​is the most popular. The data was last updated in April 2019:

The disadvantage of this method for the CIS is that domestic developers make products for a specific consumer, so they are focused on solving other problems. You can consider the presented results as general information. But when it comes to choosing a profession, more specifics and objective data will be needed.

Statistics and facts
Any computer top necessarily includes JavaScript, it is really the most popular programming language, which should be in the arsenal of everyone who has become a specialist. At the expense of the rest of the set in the network there is no consensus. To find out the truth, Work.ua and HeadHunter — the 2 largest job search and job posting sites — were analyzed.
The purpose of the sample was to establish the exact number of vacancies where the key requirement is knowledge of a specific programming language. The results are as follows:

For those who are not well versed in the topic, let us explain that “si Sharp” and “python” are studied from the top ten in higher educational institutions. Other languages ​​are learned independently. To learn modern programming, we recommend enrolling in specialized courses, for example http://apeps.kpi.ua/.

Static indicators reflect the general picture, but in order to understand which programming languages ​​will be in demand in the near future, it is necessary to study the dynamic change in the requirements for applicants. For this, comparisons of vacancies for 2018 and 2019 were made. The picture looks like this:

The results clearly show that in 2019-2020, specialists who know Kotlin will be in huge demand.

Research was also conducted to find out which programming language is most in demand among applicants. Analysis of the resume showed the following results:

In order for a programmer to be able to get a job without problems, he should choose not only one that is in great demand, but also a programming language with little competition. Otherwise, it will be difficult to get a good place in a solid office. Based on this principle, we suggest you familiarize yourself with the top 10 programming languages ​​that will be in great demand in the next 5 years. 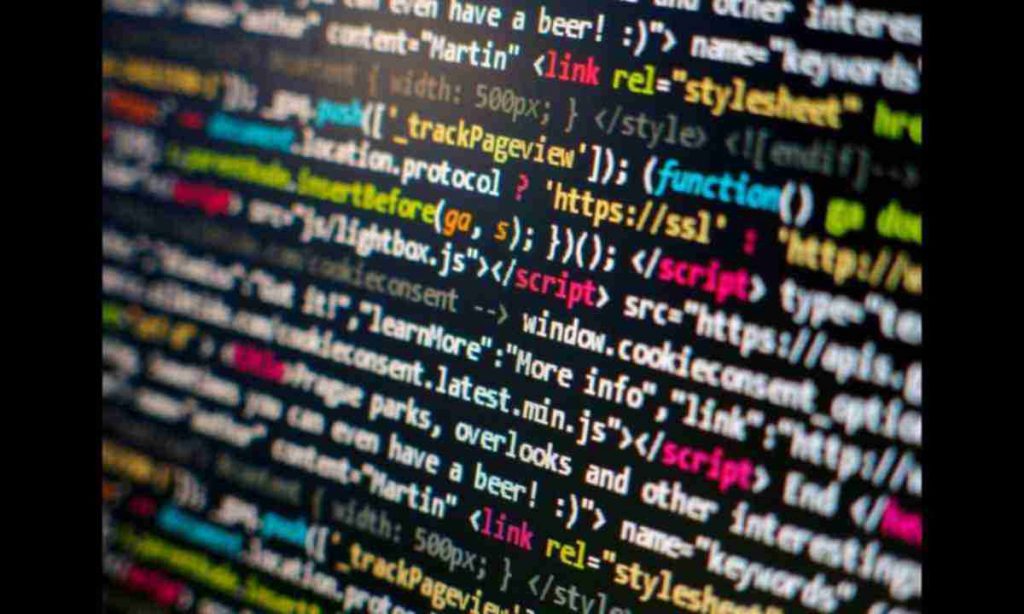 1. JavaScript
In the era of mobile gadgets, it is impossible to do without this code. JavaScript is the most popular programming language, as it allows not only to create sites and write extensions for web platforms, but is also actively used for application development. A specialist in JavaScript is in demand both in web studios and in the framework of freelancing. The fairly simple syntax makes the code easy to learn. It doesn’t take long to master it, so JS is a must-have skill for any modern programmer.

2. Swift
No ranking of the top programming languages ​​is complete without Swift. The code is used to develop native applications for iOS. He is in great demand. Modern trends are such that many residents of the CIS, like Americans and Europeans, switch to Apple equipment. In this regard, developers face a difficult task of rebuilding and making products for a new type of audience. Native applications run faster than cross-platform versions. Therefore, the language becomes popular, which allowed it to take second place.

3. Go
Although this programming language appeared back in 2009, it began to gain real popularity 10 years later, when developers were faced with the fact that canonical codes eat up too many resources. The peculiarity of Go is that it is sharpened for multi-core processors and allows you to write code in multitasking mode. At the same time, there is a significant saving of memory, which affects the speed of operation and speed of response. In addition, applications on Go load less weak hardware, so they can work on older PC models.

4. PHP
The Internet is the largest and most effective advertising platform. To use it, you need a website, and for this you need a programmer with knowledge of PHP. The language is very popular because it is compatible with the most popular CMS, WordPress. But with its help, you can create high-quality sites for any engine. For programmers focused on the development of web sites, knowledge of PHP is a must. If you are interested in application development, learning a language can be postponed.

5. Python
The fifth place is purely based on statistics, in fact Python will soon, if not supplant, then compete with JS. The main advantage, in addition to the simplicity of coding, is the availability of neural networks and appropriate libraries. Thanks to this, you can create self-learning programs. This is important for analysts, bankers, Google and Yandex search engines use similar solutions. Another advantage is the developed community of developers. The network has a huge number of ready-made solutions and specialized forums, where beginners will be helped to understand the solution of complex tasks.

6. Java
Android’s native language. This says it all, because it is difficult to imagine when applications for mobile gadgets will cease to be relevant. Simplicity of the code, cross-platform, principles of object-oriented programming make this language very popular. According to statistics, 90% of desktop back-end applications are developed with its help. No matter how many competitors there are, Java specialists will always be valued.

7. C#
C# is, without exaggeration, the simplest and most understandable high-level programming language. It was created with the aim of combining the best of other codes, and the developers succeeded. With the help of C#, you can implement any task, from creating a small computational algorithm to writing a full-fledged toy on Unity Game. Because the language is relatively old, many programmers bypass it, but this is a mistake. C Sharp combines Python, Java and the closest relatives C and C++. Suitable for development of both desktop and mobile applications. Therefore, C# is mandatory to learn. 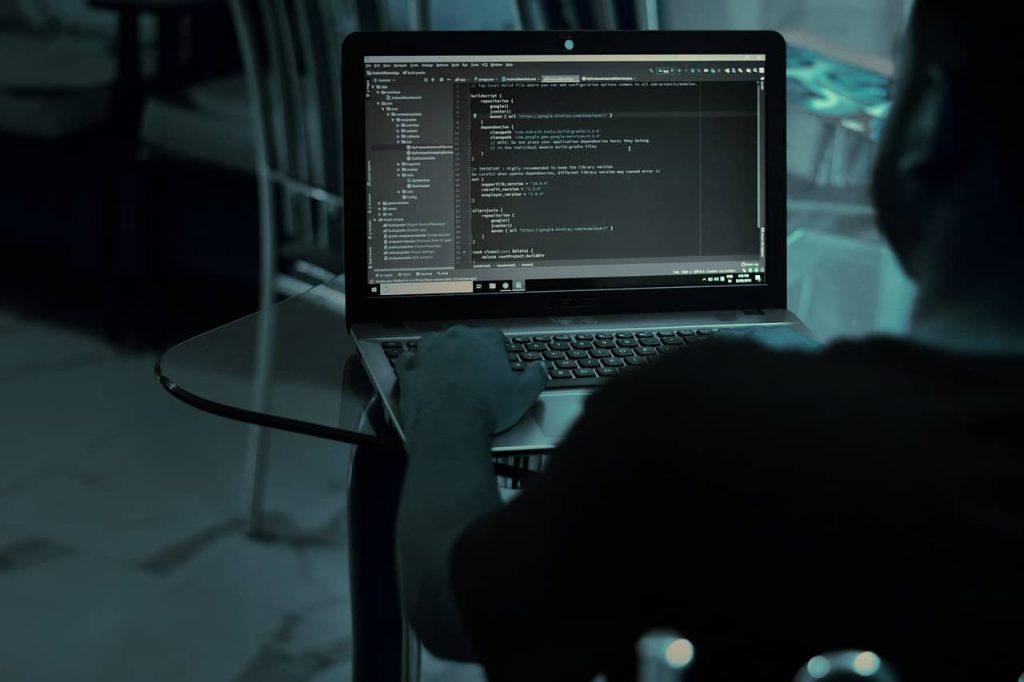 8. Kotlin
A new, but rapidly developing, programming language. Compatibility with Google and Java, concise syntax and the ability to implement any tasks make it popular among mobile application developers. When creating Kotlin, the wishes and efforts of developers were used. Therefore, the language may soon become the main language for Android applications.

9. Rust
The language was developed by the Mozilla Foundation. Like other products of the company, it is based on the principle of open source. The main feature is that absolutely all actions are controlled with the help of operators. This allows for the highest level of security. Rust is interesting primarily to those who develop their own IT products. Although there are not many vacancies, you can find really interesting projects.

10. Delphi
The rapid development of mobile applications temporarily slowed down the development of desktop products. But interest in them is gradually returning, and with it the popularity of Delphi is growing. Despite the fact that the language is quite old, imperative and not the easiest to learn, it allows you to create error-free code. Each command has a clear, specific meaning, and the code itself is tightly structured. Thanks to this, it is possible to completely exclude errors and glitches. On the negative side, applications consume a lot of resources. However, there are no complaints about their work. From the point of view of competition, this is the most interesting option. Because not all programmers know the language at a high level.

It is advisable to learn all of the popular programming languages ​​presented in the review. This will make it possible to make a significant resume and show the employer that in front of him is a real nugget who is able to work in several directions. In conditions of rapid changes in the IT market, this is important. We recommend starting with Kotlin — for developing mobile applications, C# — for a general profile, PHP — for creating sites.